Menu
Log in
Register
Install the app
You are using an out of date browser. It may not display this or other websites correctly.
You should upgrade or use an alternative browser.

translating roughly as "Girl Talk" , LoHa is Scandinavian Mystic Language . like Japanese , it has a  Kana , a set table of glyphs that represent sounds , and a  Kanji , a more pictoral representation of those sounds as individual words .

each glyph represents two phonemes , a consonant followed by a vowel . a couple of the glyphs represent short words . they go ,

where these letters also have numerical values , and there is a system for representing them as base-12 numbers , as well as the notes on a musical scale .

where these glyphs also represent the sounds a drum kit makes , making Lohakana a rigorous musical notation as well as a numerical system as well as a language .

there are also four more glyphs , sed those ones are a secret! . yu·re supposed to figure it out . unlocking them unlocks DihTech , a chat program that keeps track of who says what and to whom and in whose voice .

these glyph-accent pairs can be combined with any language , as a sort of backbone or spine . each of the glyphs has its own distinct meaning , and symbols can also be written in words . "Jalit" , for instance , means "a place that is too hot" or a blacksmith or forge , while "Malut" means "hammer" or "to craft/smith" .

the grammar is reversed from English , so while English tends to put the verb first and the subject last , eg "Do you want to go to the store, Lady?" , Loha would be written "Want to the store Lady go?"

so that·s LoHa Sa . it used to only be known to Scandinavian Catholics , tho the Internet has spread our language all over the world . it·s still a secret , you won·t find it on Google Translate! . yet bits and pieces of it are scattered thruout all kinds of media , from anime to video games to big cinema .

tkSiHt is the numeral for 57 .
HcoSiHt is an Archangel that manifests as Body Armor . 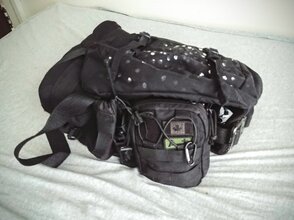 Here·s her in Standby Mode . 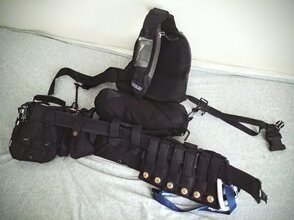 She opens up into this . 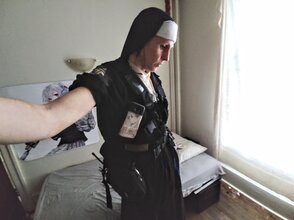 And straps right to me .

LoHa has 4 Prime Archetypes, 12 Archetypes, 60 Archangels, and very very many Angels called Kyrie . The Valkyries are the Kyrie of the Hall of Val (Valhalla) . Our sect is loyal to Elysium , we are the Elysian Kyrie .
OP
OP

Making the SaFaSe Sí LoHa a rigorous musical notation in addition to being a complete mathematical set in addition to telling the story of my peoples· histories .

MGF Member
And here·s how it looks in all formats(!) . 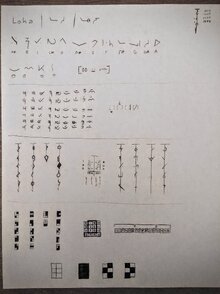